I find the images of Angela Hartlin before her recovery to be truly shocking. Given my own battles with compulsive skin picking, it is harrowing to see someone in a much worse condition than I have ever been. I can’t even look at the picture below without making audible grunts of dismay. 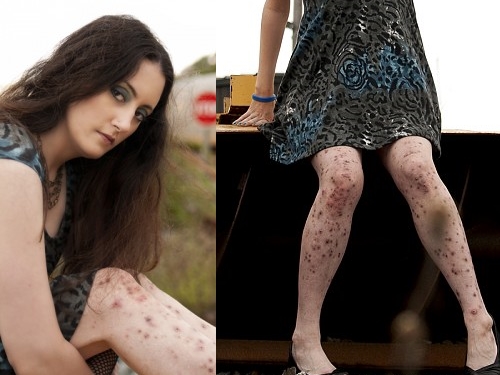 I know just how troublesome the leg area can be so this really struck a nerve with me. Learning about Angela’s story made it very clear to me that her skin picking was ultimately a symptom of a mental health issue.

It also broke my veil of denial regarding my own mental health. It simply isn’t possible to treat yourself so badly, without acknowledging that there is a deeper issue at play.

Fortunately Angela never lost hope and her skin picking success story can now serve as inspiration for compulsive skin pickers across the world. This is a basic summary of how she broke her skin picking habit.

Angela’s skin picking misery started in her teenage years. By age 18 her skin picking disorder had become so bad, she started isolating herself from everyone she loves. Seemingly unable to face the world, Angela started having suicidal thoughts. She was deeply upset by her appearance, and her inability to overcome the disorder, despite her obsession with breaking free.

The scary part of this particular time is that Angela did actually seek professional help. During her time at University she found a suitable therapist, and start putting serious energy into solving the problem.  Here are Angela’s own words on this experience (sourced from stopskinpickingcoach.com) .

“The psychotherapy I received in light of my dermatillomania was with “Dr. A”, who is mentioned in the book. She half-heartedly attempted CBT with me straight from the trichotillomania section of The OCD Workbook but twice told me I wasn’t trying hard enough and that she couldn’t do anything else for me.

I still don’t understand it to this day. I did all the homework she gave me from the book and gave it all I had; the second time she told me I shouldn’t come back because I wasn’t doing it right… I had to give up that attempt at recovery. Aside from her condescending and belligerent abuse of authority, I have also had brief encounters with a mental health nurse and with a duty doctor who mocked me. I only had my blog to turn to.”

I really like this part of Angela’s journey. Rather than shying away from her problems, she confronted them directly and publicly. In the image below, you can see Angela reaching out to Dr Phil on social media, with the express intention of being featured on his show. 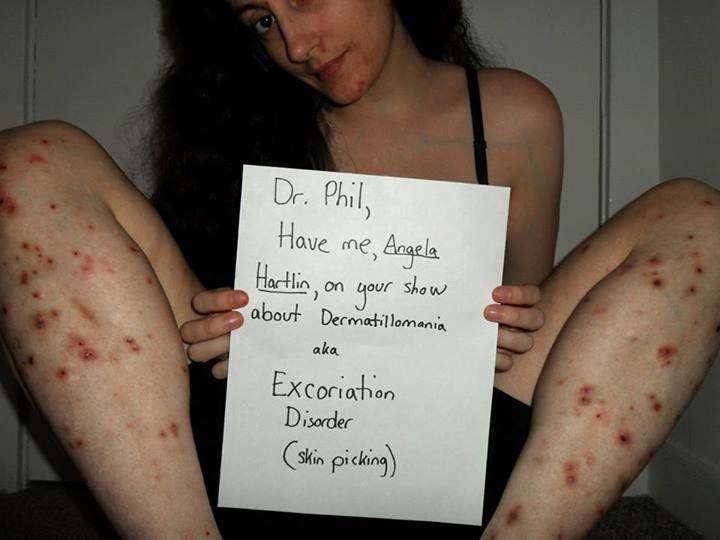 This part of the journey occurred in her mid to late twenties. I strongly believe that through the process of blogging about mental health and by sharing her story on social platforms, Angela set the stage for her transformation to occur.  It was through the process of blogging that she became a mental health activist and a member of the only two organizations in the world that deal specifically with skin picking and other body focused repetitive behaviors: TLC Foundation for BFRBs and Canadian BFRB Support Network (CBSN).

Perhaps more importantly, by sharing her story, Angela started raising awareness about dermatillomania and similar mental health issues, with the intention of helping herself and others overcome the disorder.

Although the process of starting her own websites about mental health and skin picking  laid a solid foundation for her personal transformation, dealing with emotional scars turned out to be the most important turning point in Angela’s story.

In a 12 week stint with a qualified therapist, Angela worked through some of the emotional trauma that started when her father had a brain aneurysm. Although he didn’t die, he wasn’t the same person after the incident, and it also meant that Angela never mourned the loss of the father she once knew. Her therapy sessions helped her process the emotional pain that she had been holding onto from this traumatic experience.

2 years after therapy, it is plain to see that Angela has recovered extremely well. 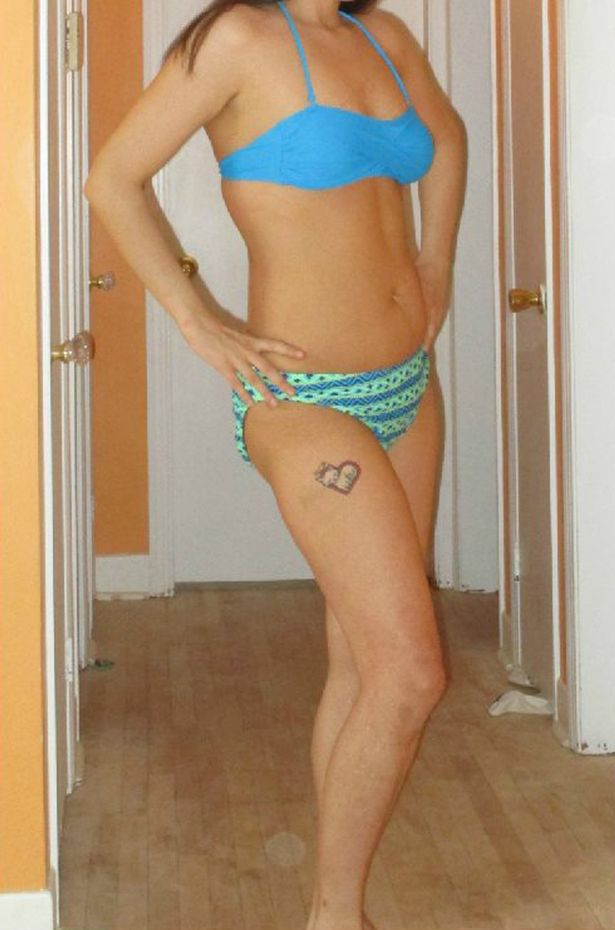 What You Can Learn From Angela’s Story:

It doesn’t matter how bad it gets. As long as you are able to wake up in the morning, you have a fighting chance of turning things around.

Sometimes, you have to try the same thing multiple times before you see positive results. For instance, Angela’s first bout of therapy left her in a state of despair, and actually damaged her self-confidence. However, after finding the right therapist, Angela was able to make massive improvements in only 12 weeks. If she wasn’t willing to give therapy another shot, she might still be picking her skin for up to 8 hours day.

Blogging Can Be Surprisingly Helpful: Since starting this blog, I’ve seen a massive improvement in my own ability to stop picking my skin, and I’ve become far more knowledgeable about the strategies that other people have used to overcome their own bad habits. Angela’s experience with blogging was similar.

The Right Therapy/Therapist Can make all the difference. Angela struggled with compulsive skin picking for more than 11 years. Working with the right therapist for 12 weeks was ultimately the turning point in her journey, providing the greatest return on energy and the best results, compared to all the other methods she tried.