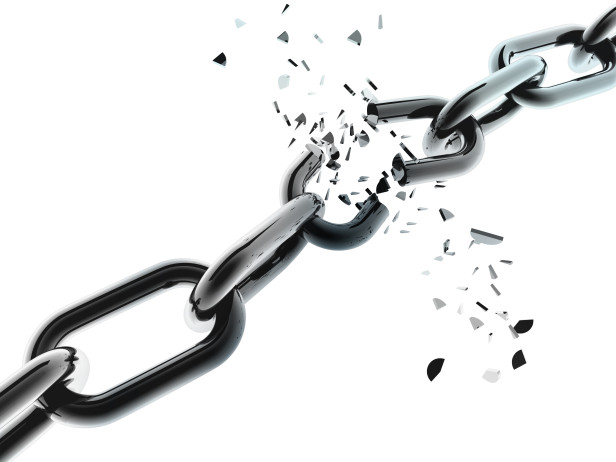 First off, let me just state that on this particular topic, Google is wrong. This is a snapshot of the 1st result for the search term “How long does it take to break a habit”.

Where does the 21 day myth come from?

It was Maxwell Malts, the author of psycho cybernetics, who first suggested that it takes 21 days to form or break a habit. I don’t think he intended for it to become gospel, but unfortunately, there are a lot of people (and google) who have taken his words to heart. The reality is that quantifying the time needed to break a habit is actually more difficulty than quantifying the time need to form a habit.

What about the 66 day thing?

Basically, the most in-depth study into habit formation found that it takes about 66 days to form a habit. It’s not a golden rule, but it’s as close as you can get. However, that particular study was looking into habit formation rather than habit elimination.  In this post, I will be offering  two completely different perspectives on how long it takes to BREAK a habit, with a few final thoughts at the end.

Answer 1 – When you are ready, you can stop immediately.

Where does this  idea come from? None other than Allan Carr, the author of the easyWay method. Before dismissing such an audacious suggestion, bear in mind that his techniques have helped millions of people give up smoking, arguably the most difficult habit to break.

In the preface of his book he states “At last, the miracle cure all smokers have been waiting for – Instantaneous, Equally effective for the heavy smoker, no bad withdrawal pangs“. What’s more, if you read the testimonials on his website, the immediacy of his process is backed by some super famous people.

Ellen Degeneres “If you want to quit… it’s called the Easyway… and I’m so glad I stopped. ”

Sir Anthony Hopkins “It was such a revelation that instantly I was free from my addiction. ”

However, this time frame depends on whether or not you are ‘ready’ to give up. In chapter 40 of his book titled ‘The Final Cigarette’ Carr asks two key questions of the reader:

He goes on to say that if you can’t answer those 2 questions positively, you need to re-read the book, and go through all the exercises again, until such time that you are ready.

What does this mean?

I had a massive breakthrough with my compulsive skin picking habit when reading a book by Annette Pasternak. To paraphrase, she effectively said if you aren’t ready to start tracking your bad habit, you aren’t ready to break it. Before reading that sentence, I brushed over most of the tips and advice about how to stop compulsive skin picking. And that’s just it. Being ‘ready’ basically means being willing to DO everything suggested by the mentor/coach/author that is helping you break the habit. If you aren’t willing to shut your ego up and actually implement recommended strategies, then you most definitely aren’t ready to stop.

Christina Pearson struggled with compulsive hair pulling and chronic skin for 26 years of her life. She went through hell and back to find a way to stop these awful habits, and fortunately her pursuit for a cure ended in success. To share her wisdom and help other sufferers of skin picking and hair pulling, she founded the TLC Foundation for BFRBs. Let’s just say that she is qualified to offer an opinion on how long it takes to break a habit.

According to Pearson, it can take a couple of years or more to stop pulling your hair or picking your skin. Obviously there is a big difference between smoking and skin picking, but it is equally obvious that they are both awful habits that can be very difficult to break.

What makes Pearson’s point so powerful is that there are plenty of statistics that can back it up. For instance, the U.S Center for Disease Control and Prevention (CDC) suggests that it takes 8 to 11 attempts for the average smoker to give up smoking. I can guarantee that those attempts are spread out over several years. What’s more, a University of Toronto study found that it can take up to 30 attempts before a smoker is able to go a full year without puffing cancer sticks.  That puts you into decade territory.

The simple reality is that it’s very difficult to put an exact time frame on how long it will take to break a habit. Every person is different, and there too many variables to consider.

However, I will go as far as to say this. If you can put your ego aside, and implement solid habit breaking strategies, any habit can be broken in less than 6 months. There are more than enough people out there that have seen remarkable success even less time, which effectively means that you can to.

But, in order to break a habit in 6 months or less, you need to stop pretending that you are trying harder than you actually are. What do I mean by this?

If you haven’t implemented a habit tracking log, you aren’t trying hard enough.

If you haven’t read a book about how to break your particular affliction, you aren’t trying hard enough.

If you haven’t written a goal which clearly states your intention to stop within a certain time period, you aren’t trying hard enough.

Dropping the arrogance required to ignore sound advice could well be the secret to breaking any habit. Are you ready to leave your ego at the door and actually start the healing process? I truly and sincerely hope so.